Paul Mas wines are the result of symbiotic harmony between an extraordinary region for producing wines, passion for the vineyard, respect for the grapes during vinification, and great blending and ageing knowledge: the Paul Mas style. The legend of Vinus, the Heron, started on the Hérault Riverbanks, at the foot of Château Paul Mas in Pézenas. Languedoc Grands Crus and Grands vins, from our vineyards in Pézenas or Montagnac, at the Nicole Estate, make up this range, which also includes varietal wines with distinct character. Château Paul Mas is made of 3 Estates: the Castle and a 25-ha vineyard in Conas, near Pézenas, the cellar and a 80-ha vineyard in Nicole, near Montagnac (where we produce the Clos des Mures), and 40 ha in Caux. Our labels feature Vinus the heron in front of the Conas castle. 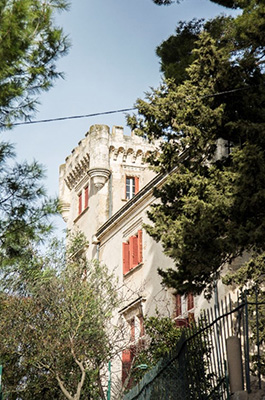 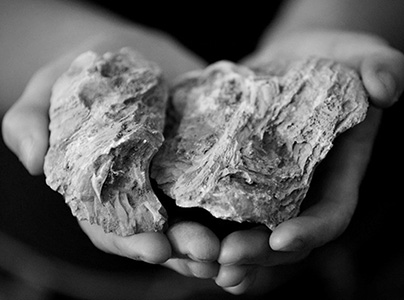 Thanks to the gravelly clay-limestone soils on the slopes of the Hérault valley and the limestone and fossil soils of the slopes descending to the Thau marshes, the wines are extremely charming and robust.

The vines benefit from a north, south and west exposure, cooled by the Mistral and the Tramontane wind in an exceptional setting surrounded by olive trees, oaks and pine forests.

Between Pézenas and Montpellier, ten kilometers from the Mediterranean Sea

Clay and limestone with fossils

Mediterranean with influences of the Causses mountains

Shaped like a downward pointing 24 km long triangle, the terroir’s eastern boundary is the south flowing river Hérault. To the north it’s sheltered by the Black Mountain, whilst to the south-west it is an extension of the Béziers area. The altitude varies from 0 – 300 meters.

There are three main types of soils (schist, limestone and alluvium) with significant volcanic formations which constitute an essential and unique link between the boroughs. They shape part of the landscape with remains of volcanoes, basalt flows, consolidated ash and scree (black pebbles) that blend with soils from other origins.

Its Mediterranean type is characterized by its low rainfall. In terms of temperatures, they are quite similar throughout the area, thus giving it a certain climatic homogeneity. The summers are hot, the winters are mild and the thermal amplitudes can be quite important.

The wines are made from a blend of at least two grape varieties, one of which is the main one. They are purple in color and concentrated aromas, presenting mineral notes associated with melted tannins.

The appellation stretches along the Mediterranean coast, from the Spanish border to Nîmes, leaning on the foothills of the Montagne Noire and the Cévennes.

Languedoc offers a wide variety of soils which differ according to the situation: terraces of rolled pebbles, sandstones and marls, limestones and schists, clay soils, pudding, sandy soils, basalts, etc.

So many assets that give Languedoc terroirs all their specificities.

The Mediterranean character of the climate, common to the entire appellation area, is marked by a hot and dry season. The diversity and specificities of the different regions have made it possible to define large pedoclimatic zones.

Languedoc whites: wines with golden hues, a floral and stone fruits nose and silky on the palate.

Languedoc reds: from old vines with low yields, often aged in oak barrels, these wines are powerful, with fruity and spicy flavors and silky tannins.

The appellation brings together the vineyards of the Montpellier agglomeration and its surroundings, its territory extends from the middle valley of the Hérault to Vidourle, its southern limit being the Mediterranean coast and its northern limit, the Saint-Loup peak.

The wines are produced on clay-limestone or schist soils, near the sea or in altitude, which gives them different organoleptic properties depending on these terroirs.

It is an area sheltered from the influences of the north by the Montagne Noire and the Cévennes.

The dry climate and the sea inlets of humid air in summer favor early maturity and a good balance of the vegetative cycle.