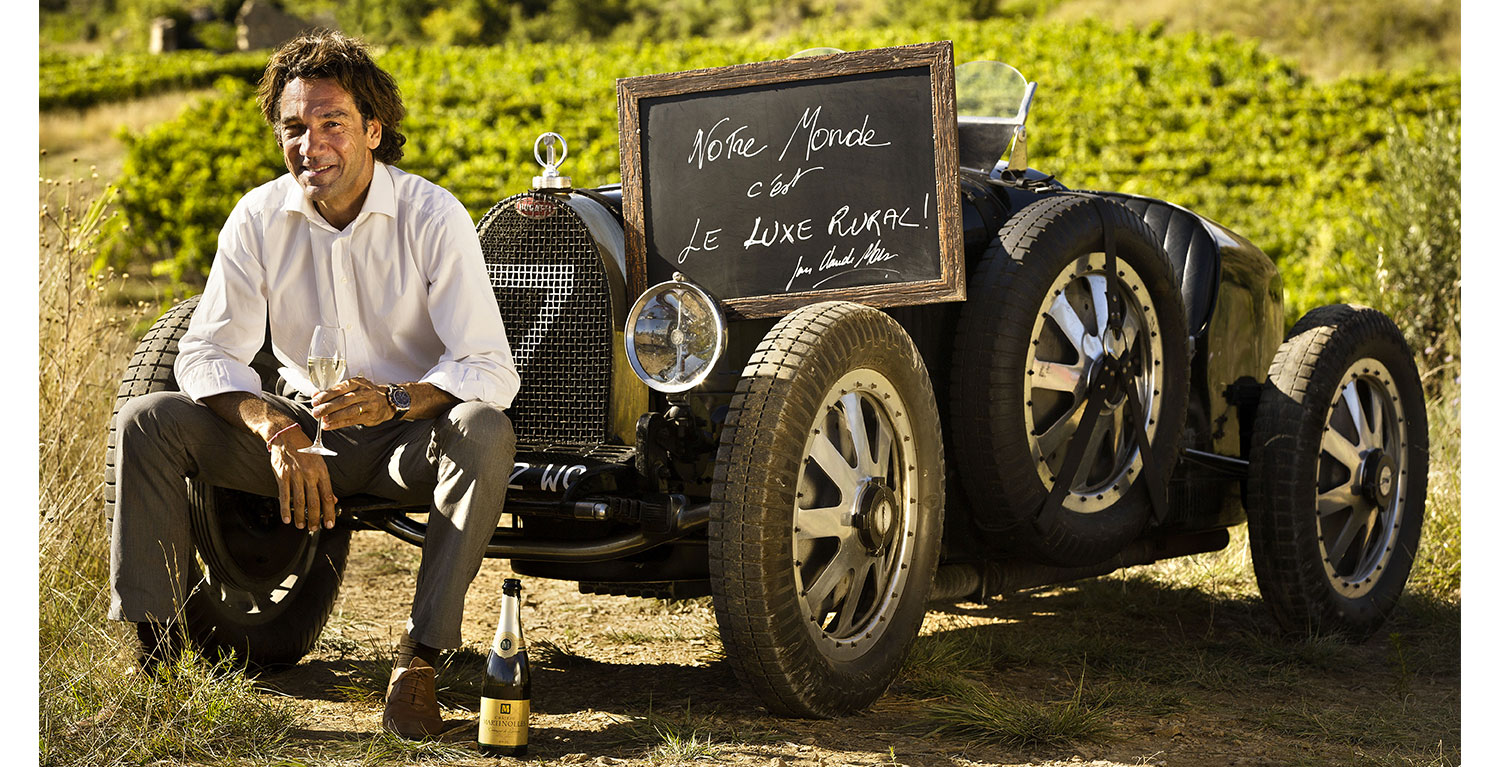 Jean-Claude Mas was born in a winemaking environment in the Languedoc, in Pézenas. At the age of 3, during the harvest, he escaped from his mother and ran 2.5 km to meet his grandfather in the cellar! This was a moment that he never forgot, when his interest and passion for wine were born!
At school and later at university, he studied economics and advertisement, and wine became a hobby. No matter where he lived, he was always involved in the wine: in the North of France, he created a wine club, then in England, he set up a small import company for organic wines, then in Miami he worked in the consulate to develop the import and distribution of French food & wine products.
In his professional life, he devoted the first 3 years of his career to his second passion : car and moto races, but very soon, he came back to his first love : the wine.
At the beginning of the 1990s, he worked 4 years in Bordeaux. This experience in the wine world was determining, as much as his encounter in 1992 with one of the most famous Italian winemakers, Giorgio Grai. He taught him the art of blending and to create wines with style. This teaching process has in fact never stopped!
In the middle of the 1990s, he did the first blendings of the family first bottled wines at Nicole Estate : the first wine was from vintage 1995.
Jean-Claude Mas is often described as a pioneer from the New Languedoc, belonging to the New wave of French wines, one of those on a mission to give Languedoc his former glory back in a region where wine production goes back to more than 2000 years.

“Luxe Rural” (Everyday Luxury) sums up our culture and philosophy. With the greatest respect for our rural roots, we aim for perfection. Our wines are the result of our mission to inspire real emotions.